The amazing thing is that back in Yang Yun Sun's time in AD880 and even Confucius' time in 600 BC, they knew what were the scientific physical nature of the Feng Shui energies! Find out what they knew, here. 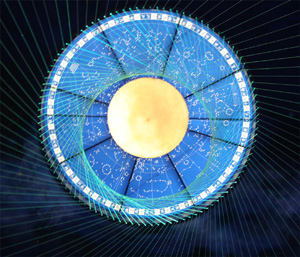 Henan Museum. Skyroof image of relationships of Yin Yang to the 28 Lunar Constellations, which contains the secrets of what the ancients knew of the scientific nature of qi.

FENG SHUI IS A LOST HIGHLY SCIENTIFIC ENVIRONMENTAL SCIENCE
ONCE KNOWN TO THE ANCIENT CIVILISATIONS!